[:en]„Intruder“ by Maurice Maeterlinck picks out as a central theme the helplessness of people against death. An upper middle class family faces an unbearable situation of trembling uncertainty about their mother‘s life. Paranoid against any sound, nobody is realizing that it is death slipping into the mansion. The German comedian Karl Valentin is integrated into the play when – in a parallel dimension – taking over death‘s role, narrowing the family by spatial limitation burying them under furnishings.

The spectator shall actively feel the depression and uncomfortableness, resulting from minimal communication, continuous limitation of visibility of the scenario and increasing noise due to the dismantlement of the furnishings.

The intense study of the main characteristics of Karl Valentins sketches captivated me so that the related observations of idle pseudo-activities and verbose waiting period led to the decision to implement Karl Valentin as a symbolic figure for death.[:] 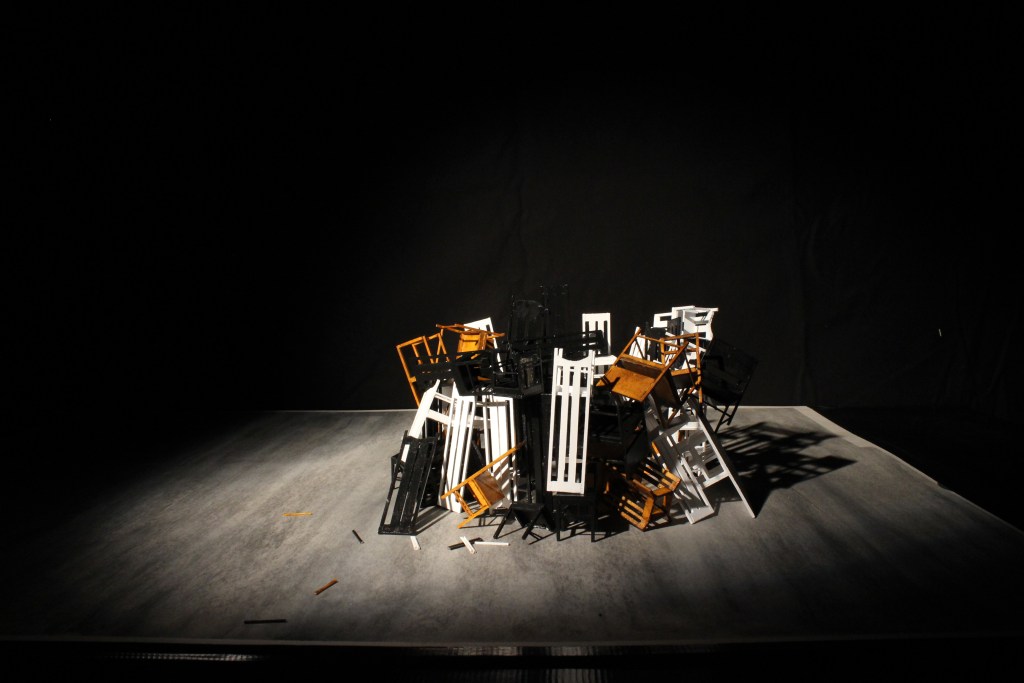 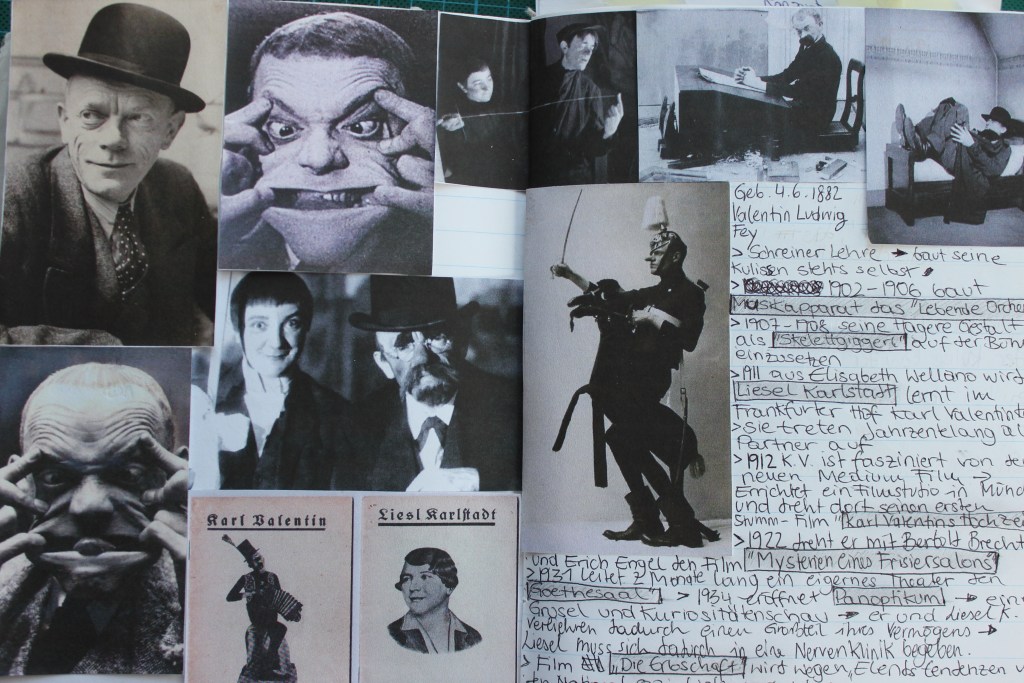 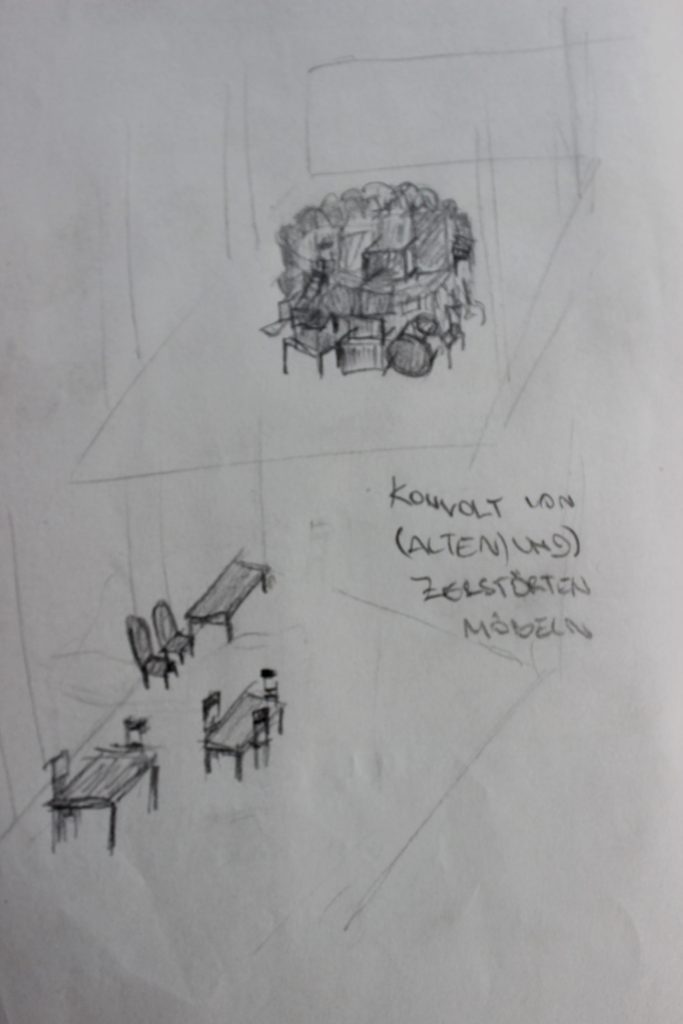 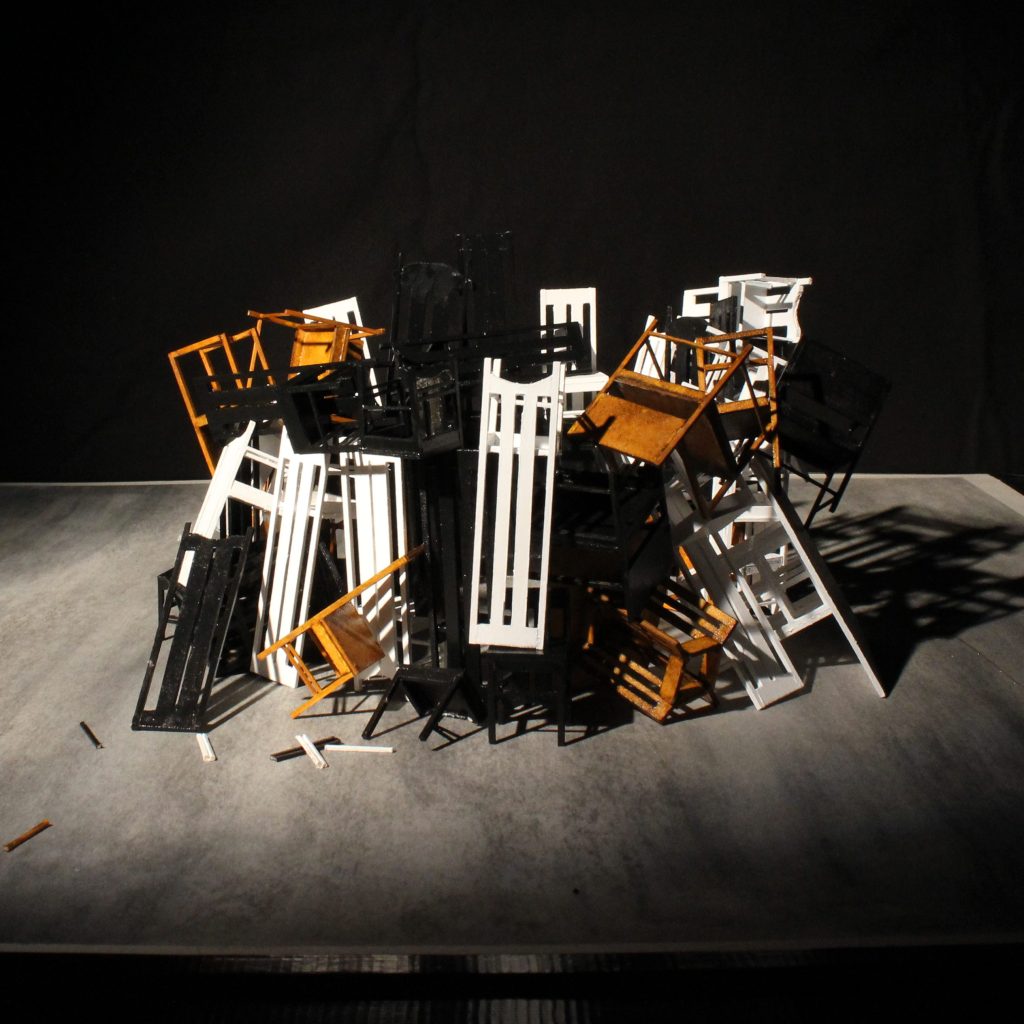