The family drama “The Glembays“ picks out the decadence and disintegration of a banker’s dynasty. The homecoming son reveals the ailing family situation where murder and fraud are part of everyday life and all family members have become guilty of something. I put the scenic settings of the play which is characterized by cases of death into a strong contrast to the Mexican death cult Día de los Muertos (Day of the Dead) where the acting characters are engaged in ritual procedures.

At the same time the “Skull Mountain“ heavily damaged and being in a phase of disintegration serves as a fire trench for the second part of the trilogy “Galicia“. The attempt is to obsessively push aside the outrages of war. In order to keep up the appearance the soldiers are busy stabilizing the concert piano on the inclined stage.[:] 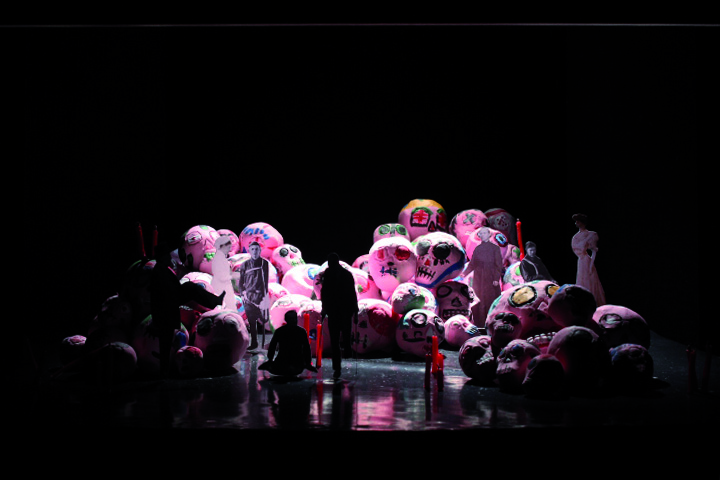 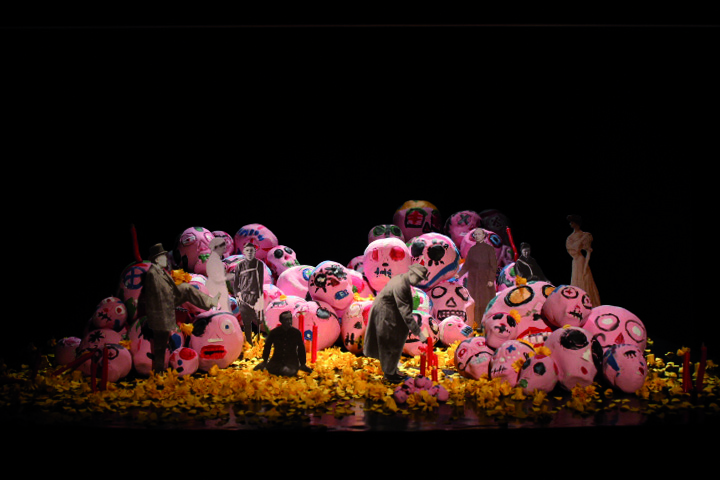 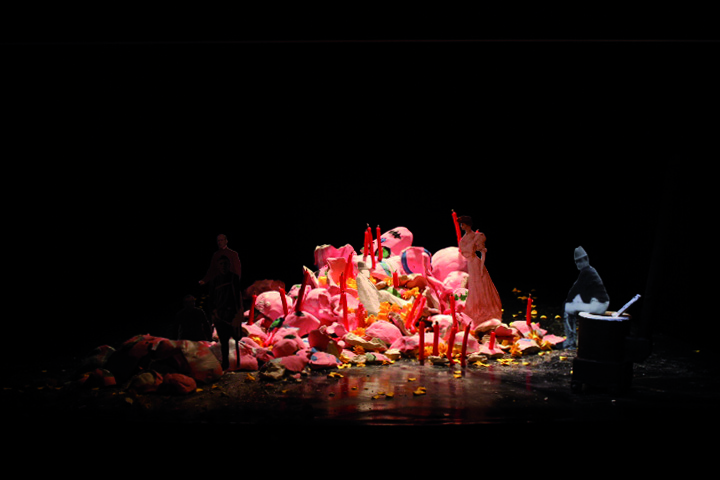 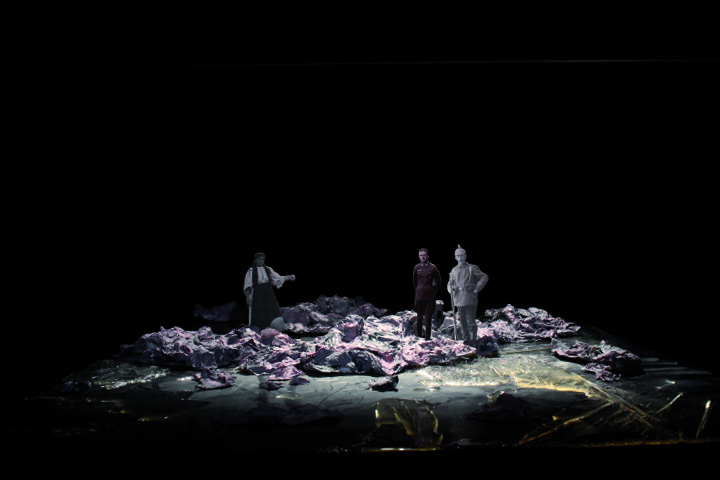 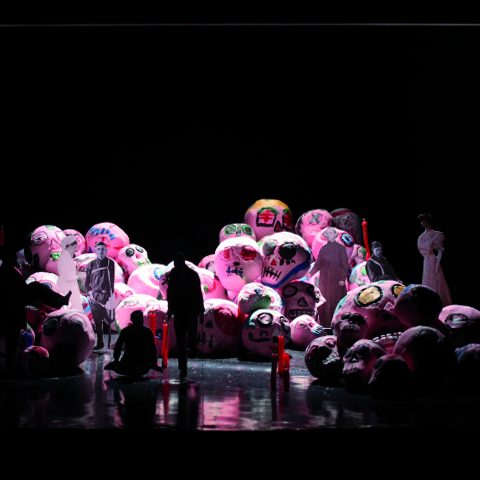